At the request of Congressman Jones, the U.S. Fish and Wildlife Service within the Department of the Interior has scheduled a public hearing in Manteo extended the official comment period with regard to the designation of critical habitat for the Rufa Red Knot under the Endangered Species Act.

Many important public areas within Dare County as well as within other coastal North Carolina counties are included in the proposed designation.
The OBPA urges all residents and visitors to become familiar with the proposed regulation and to submit comments.
Click this link to review regulatory documents and submit comments prior to the June 15, 2014 deadline. 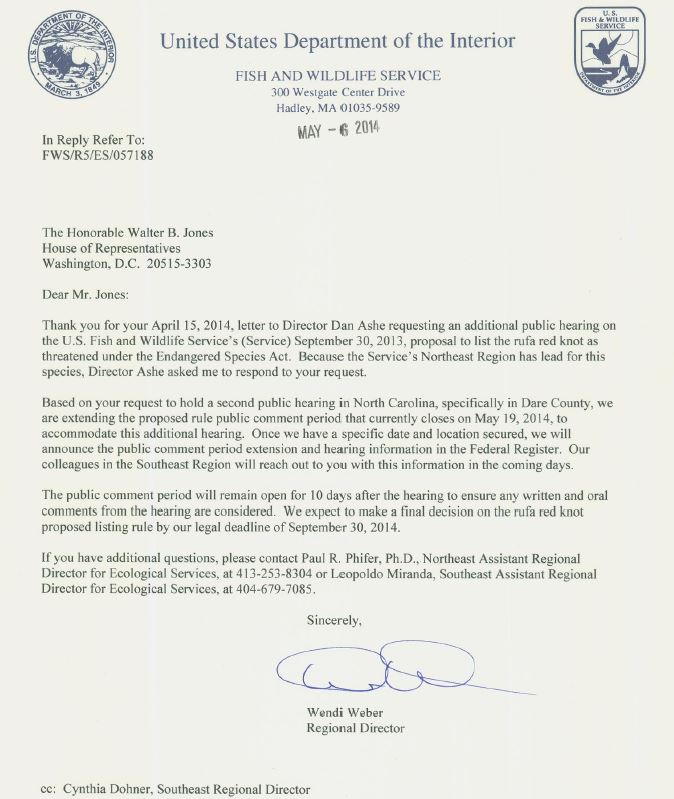