Now we must work on the Senate

Thanks to all of you for your efforts to contact your congressman on this important issue over the past week.

Our new and larger hurdle is to achieve the same results on the floor of the U.S. Senate.  The White House, through OMB has already voiced their displeasure with our success and Audubon has announced that we will never succeed in the Senate.  This tells you the importance of what we are doing and challenges us all to see to it that S. 2372 meets with the same success.

S. 2372 will be heard on Wednesday, June 27.  Once again we solicit your help and call on you to get on the telephone, email, fax, make personal contact with your Senator before this date.  You elected him/her, now pressure them be responsive to your needs. You can find these addresses, phone/fax numbers by going to www.senate.gov. 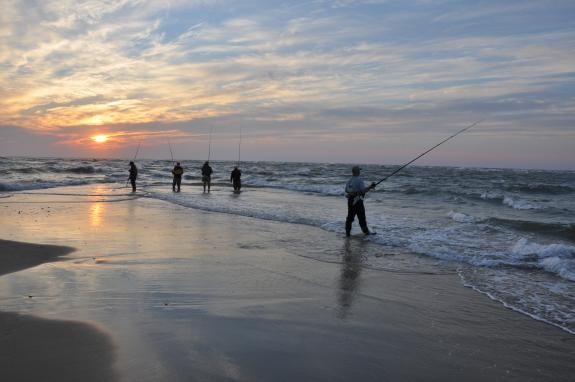 “This legislation is about jobs, it’s about the taxpayers’ right to access the recreational areas they own, and it’s about restoring balance and common sense to National Park Service management,” said Jones.

Jones’ bill would overturn a final rule implemented by the Park Service earlier this year that excessively restricts taxpayers’ access to Cape Hatteras Seashore, and is unnecessary to protect the wildlife.  The language would reinstitute the Park Service’s 2007 Interim Management Strategy to govern visitor access and species protection at Cape Hatteras. It would reopen 26 miles of beach that are now permanently closed to motorized beach access, and give seashore managers flexibility to implement more balanced measures that maximize both recreational access and species protection.  By doing so, the bill would reverse the significant job loss and economic decline that Hatteras Island has experienced since the Park Service cut off access to the most popular areas of the seashore.

There is broad, bipartisan public support for this effort.  Senators Richard Burr (R-NC) and Kay Hagan (D-NC) have introduced the same bill in the Senate.  The bill is also supported by national sportsmen’s groups including the American Sportfishing Association and the Congressional Sportsmen’s Foundation.